Lindt & Sprüngli is a world-famous Swiss chocolate brand with a rich and interesting history. Lindt is now one of the leading companies in the chocolate industry, with a wealth of craftsmanship and many years of experience...

The beginnings of Sprüngli

Lindt's story begins in 1845 at Marktgasse, a small confectionery in the heart of Zurich's Old Town, Switzerland.

David Sprüngli-Schwarz, the manager of a confectionery, and his son Rudolf Sprüngli-Amman decided to go into chocolate production. At that time, chocolate was already in vogue as manufacturers Louis Cailler and Philippe Suchard had already started producing solid chocolate a few years earlier. However, this did not stop David Sprüngli and his son from creating one of the world's first solid chocolates, which was an immediate success in Zurich.

In view of the rapid growth of their know-how, David and his son opened a second factory in 1847 in Horgen to increase their production capacity. The people of Horgen and the surrounding area could smell the sweet smell of chocolate, intensifying the desire to taste it.

In 1859, David Sprüngli inaugurated the opening of a second confectionery in Paradeplatz and the place became a must in the town. Numerous people gathered there to consume a few sweets in a convivial atmosphere. After a few years, David Sprüngli's business expanded and soon became famous for its know-how. As for his two sons, Rudolf and Johann, they end up inheriting the family patrimony by sharing the assets.

It is during this period of transfer that Rodolphe Lindt launches a confectionery shop in Bern...

The invention of conching by Rodolphe Lindt

In parallel with the rise of the Sprüngli brand, Rodolphe Lindt revolutionized the industry by transforming solid chocolate into a smooth and creamy texture. It should be noted that in 1879, the Lindt chocolate factory was producing only solid and bitter chocolate, and Rodolphe Lindt was already experimenting.

The goal of the Swiss chocolatier was to be able to transform the texture of the chocolate to make it smoother and more fluid. After several attempts and failures, the magic worked unexpectedly. Rodolphe left his factory on a Friday evening, without taking care to turn off the machines; they continued to run throughout the weekend...

Upon arriving at the factory on Monday morning, Rodolphe Lindt discovered a chocolate with a smooth and creamy texture, offering a unique taste. This creamy texture harbors his secret at the heart of the blend by combining milk powder, butter and cocoa mass over a long period of time. Thus, Lindt created the conching technique, a method used by chocolate makers around the world.

The birth of Lindt & Sprüngli

Following the discovery of conching, Lindt positioned Switzerland as a reference in chocolate production. This attracted many chocolate enthusiasts, as well as manufacturers such as Sprüngli, whose interest emerged .

In the meantime, the Sprüngli brothers built a more efficient factory in Kilchberg, where Lindt & Sprüngli's headquarters are now located. Demand from Lindt is growing and the Swiss manufacturer is struggling to keep up with demand due to its small facilities. Sprüngli is therefore offering to take over the entire Lindt company for 1.5 million francs. Rodolphe Lindt agrees on condition that he can retain a certain degree of control over the company's activities.

The Lindt & Sprüngli Group was founded in 1899, a partnership that heralded a successful future and international renown. 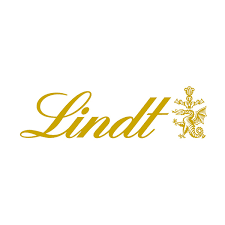 The powerful and symbolic union between the two manufacturers has given birth to a unique and remarkable know-how. Lindt & Sprüngli Chocolate soon began to sell its chocolate all over the world and in 1920 opened its first subsidiary in Berlin, Germany.

Although the 1930s witnessed economic upheavals that hampered exports, the Lindt & Sprüngli Group launched Kirsch Sticks in 1931. This product was a resounding commercial success, giving rise to a second subsidiary in England.

The Second World War also had an impact on production, as there was a major restriction on the import of sugar and chocolate. However, this was a godsend as Lindt & Sprüngli had a brilliant idea: using other ingredients such as hazelnuts added to the chocolate?

Finally, 1945 was a special year as the Lindt & Sprüngli Group celebrated its 100th anniversary, a milestone that also marked the end of the war. This new point of departure gave a new impetus to production, with demand continuing to grow.

The end of the 1940's is symbolized by the succession of products that were victims of their success, and always in fashion. The chocolate maker Lindt & Sprüngli never stopped innovating while perfecting its craftsmanship.

In 1949, the recipe for the famous Lindor was perfected and the Lindor bar was launched. This invention was lulled by the desire to comfort the population in the aftermath of the war. In creating Lindor, the chocolate makers Lindt & Sprüngli wanted to create a chocolate even smoother and comparable to melted gold. Lindor became a gourmet and tasty success.

Inspired by the daughter of the chocolate maker Lindt, the group marketed the Lapin d'Or in 1952. A delicious melting chocolate, wrapped in gold paper and a red ribbon to announce spring. This product has become the emblem of Easter, and it continues to be appreciated. Finally, Lindt & Sprüngli made its mark during the Christmas holidays by creating the Lindor Truffle in 1967: bites of Lindor chocolate wrapped in red paper and the success was immediate.

A bright future for Lindt & Sprüngli

Since 1990, the Swiss brand has never stopped innovating and has grown worldwide, exporting its chocolates to more than 120 countries. Committed and responsible, the Lindt & Sprüngli Group founded the Lindt Cocoa Foundation in 2013 to protect the ecological and social environment linked to chocolate production.

One thing is certain, these Swiss Master Chocolatiers still have a bright future ahead of them and we can only look forward to their new creations! 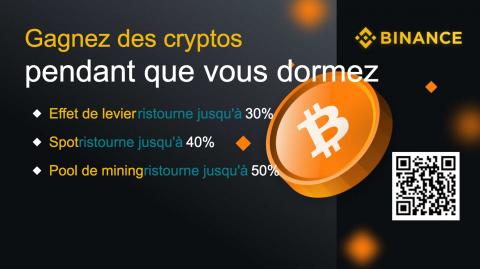